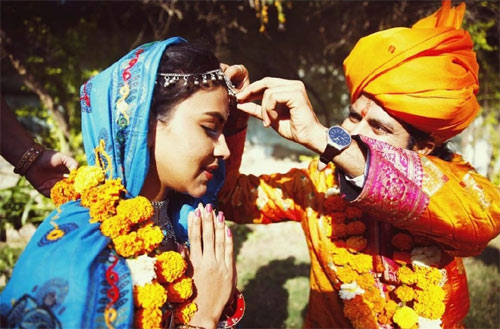 Fans of popular Malayalam actress Amala Paul were in for a special surprise this afternoon when a few pictures of the actress were ‘leaked’ and went viral on social media. Amala looked beautiful as she tied the knot with her boyfriend Bhavinder Singh in a traditional Gujarati wedding.

Amala has been in a live-in relationship with Bhavinder Singh, who is a Mumbai-based Bollywood playback singer. Amala was earlier married to Tamil director AL Vijay in 2014. However, the couple applied for divorce in 2017 due to irreconcilable differences. Vijay moved on and married a Chennai-based doctor in July last year.