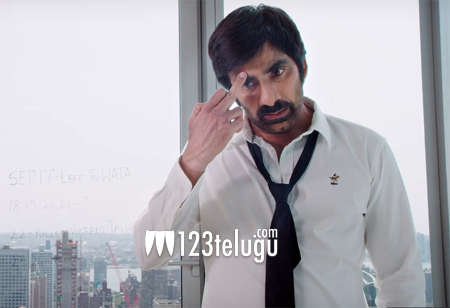 The keenly awaited teaser for Ravi Teja and Sreenu Vaitla’s upcoming action entertainer, Amar Akbar Anthony, is out finally. Just like the unique concept poster and the pivot video glimpse, the teaser too is quite intriguing and intensifies the mystery factor.

Amar Akbar Anthony’s teaser showcases Ravi Teja’s character going through a crisis in the US. Ravi Teja’s three avatars (Amar, Akbar, Anthony) have been revealed, but we will have to wait until the film’s release to get more clarity on their motive. Ileana appears in a blink and miss role in the teaser. Exquisitely shot visuals and Thaman’s trance-like soundtrack are the other main highlights of the teaser.

Amar Akbar Anthony is rumoured to be based on the split personality disorder. The film is being directed by Sreenu Vaitla. AAA is slated for release on November 16. Mythri Movie Makers banner is bankrolling this high-budget entertainer.