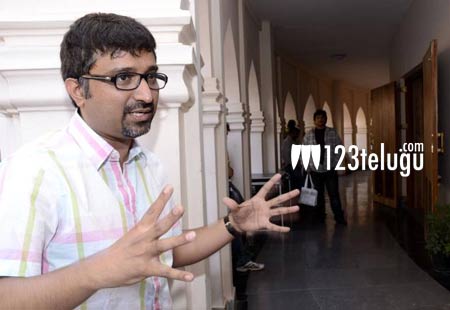 Indraganti Mohankrishna is experimenting with a mature love story for the first time in his career. So far he has made an off-beat film, a pure comedy, a sports based drama and a fantasy film and most of his films have been literary adaptations. For the first time, he has written an original story which resulted in his latest film Anthaka Mundhu Aa Tharuvatha. Sumantha Ashwin and Eesha are playing the lead roles. The film also stars Madhubala, who’s making a comeback after a long time.

In a recent interview, Mohankrishna revealed, “Anthaka Mundhu Aa Tharuvatha is almost like an autobiographical film which is partly inspired from my own life and few incidents I have come across. It’s about how a couple deals with their relationship after falling in love and before getting married. There’s no preaching in the film and instead I think I have made a mature love story where people talk a lot about love and their relationship.”

Unlike most films where the hero claims that girls are always after money, Indraganti Mohankrishna has claimed that his film will not be like that. “Women are always working and making choices. Not everyone is after money or insecure about their life,” he said. The film has been produced by K L Damodhar Prasad and it’s likely to hit the screens later this summer.