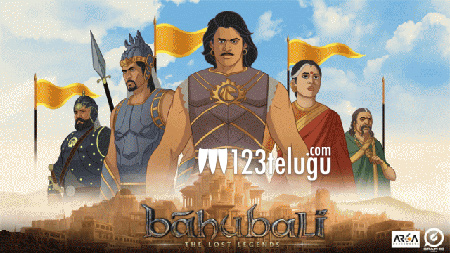 Amazon India has unveiled the first episode of Baahubali’s animated series earlier today. The series, titled Baahubali : The Lost Legends, will explore the story of the primary characters from the kingdom of Mahishmathi and this content isn’t part of the film.

Talking to Variety magazine, Rajamouli said, “The world of Baahubali can’t be encompassed into a film or two, because there’s so much more to tell and animation is another way to do that.”

Amazon will introduce more episodes of the fantasy series post the film’s release on April 28.