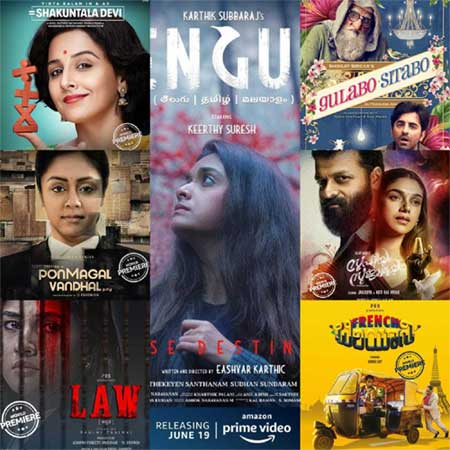 Due to the lockdown and the uncertainty surrounding the reopening of the single screens and multiplexes across the country, more and more film producers are opting to release their films on OTT platforms. Despite a stiff opposition from the exhibitors and multiplex chains, producers are inking deals with the digital streaming platforms to recover their investments.

It’s been earlier reported that star heroine Keerthy Suresh’s Tamil-Telugu bilingual drama, Penguin, will skip its theatrical release and instead have a world digital premiere on Amazon Prime. This morning, Amazon Prime announced Penguin’s premiere date. The film will be premiered on June 19 in Tamil and Telugu simultaneously.