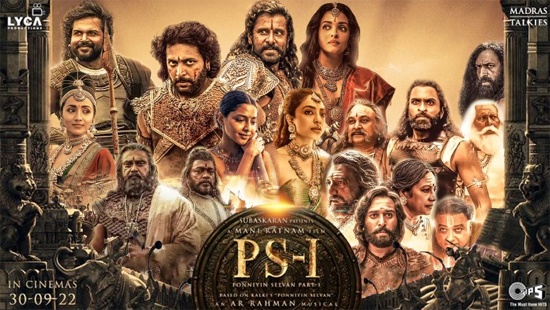 Ponniyin Selvan created a huge storm by grossing 500 crores worldwide. The film has now become a new industry hit in Tamilnadu, and it also fetched good collections in other languages. The film is also the highest-collected Tamil flick in the USA region. Lyca Productions and Madras Talkies jointly bankrolled Mani Ratnam’s dream project.

The latest news for the OTT audience is that the movie is now available to stream in the Hindi language too. Prime Video gave the official confirmation regarding the addition of this new audio after Tamil, Telugu, Kannada, and Malayalam languages.

Vikram, Karthi, Aishwarya Rai, Trisha, and Jayam Ravi were part of this period action drama based on the novel Ponniyin Selvan written by Kalki Krishnamurthy.

AR Rahman composed the soundtracks. The film’s part 2 is being planned to release in April 2023.

this spectacular historical fantasy is now all yours to lose yourself into 💫#PS1onPrime, also available in Hindi now 🍿 pic.twitter.com/fWPYhYr9Wr