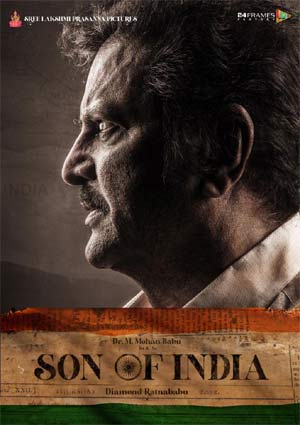 It is a known fact that Mohan Babu is playing a lead role after a long time in a patriotic film Son Of India. Maestro Ilayaraja scores music for the film, while Sarvesh Murari is the cinematographer. The latest update is that a new schedule of the film has begun in Hyderabad.

Mohan Babu is also providing the screenplay for the film which is being directed by Diamond Ratnababu. Sree Lakshmi Prasanna Pictures and 24 Frames Factory are jointly producing this film.

In the previous schedule, few important scenes and a song were canned in Tirupati and the shooting schedule in the temple town is wrapped up. Vishnu Manchu’s wife and Mohan Babu’s daughter-in-law Viranica Manchu turns stylist with the film.