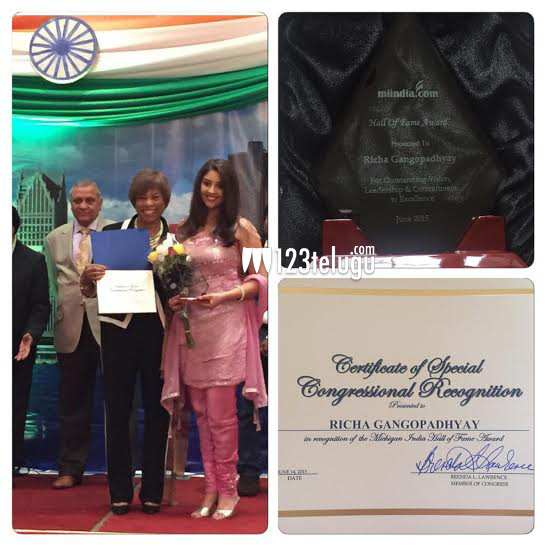 Richa Gangopadhyay, the American raised Bengali beauty, is thrilled with the honour she received last night in her native city Michigan, America. Richa was presented with the Michigan India Association’s Mighigan India Hall of Fame Award and the Congressional Recognition. The actress was presented with a memento and a certificate in a special event on Sunday.

The Michigan India Hall of Fame Award is presented to select Indians for their excellence in various fields. After breaking into Telugu films scene with Shekhar Kammula’s Leader, Richa went on to act in several popular films like Nagavalli, Mirapakay and Mirchi etc. The actress then took a long sabbatical from films and moved back to Michigan to pursue higher studies.