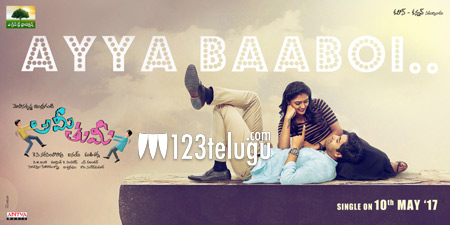 Indraganti Mohanakrishna’s upcoming comedy entertainer Ami Thumi is slated to hit the screens in June 1st week tentatively. The film is making all the right noises ​in its run-up to the release.

The latest update is that the film’s first single ‘Ayya Baaboy’ will be released on the 10th of this month. The audio album has been composed by Manisharma, who had given a melodious album for Indraganti’s last film, Gentleman.