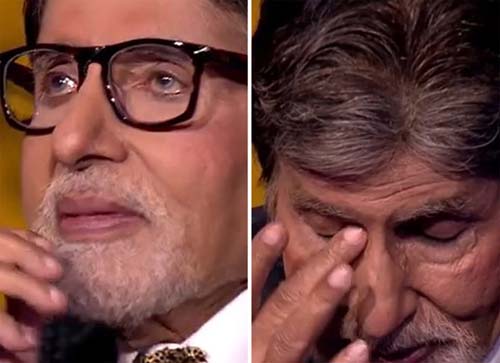 Kaun Banega Crorepati is India’s iconic show for so many years now. The show has completed 13 seasons so far and made Amitabh Bachchan quite emotional.

During the special guest episode which was attended by Amitabh’s daughter Swetha Bachchan and granddaughter Navya Naveli Nanda, the star hero turned emotional after seeing a special video of the show.

What was quite special was when Big B revealed that he only okayed to do the show as he did not have much work and no one was offering him films.

But now that he has been associated with the show for 12 seasons, he says that KBC holds a special place in his career.