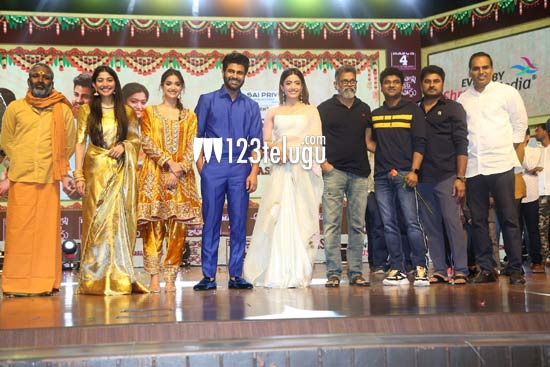 Aadavaallu Meeku Johaarlu is gearing up for a grand release this Friday. Starring Sharwanand and Rashmika Mandanna, the movie is directed by Tirumala Kishore. Ahead of the release, the pre-release event of the movie has happened today.

During the event, Sharwanand addressed the audience. He thanked the chief guest, Sukumar and Keerthy Suresh for gracing the event. He also thanked another guest, Sai Pallavi and heaped praise on her for her nature.

Talking about the movie, he thanked Devi Sri Prasad for giving wonderful music for the movie. The confident actor said that Aadavaallu Meeku Johaarlu make audiences leave theaters with smiles. Sharwanand also said that this movie will remain as the career’s best movie. He praised Rashmika and thanked her for her wonderful performance in the movie.