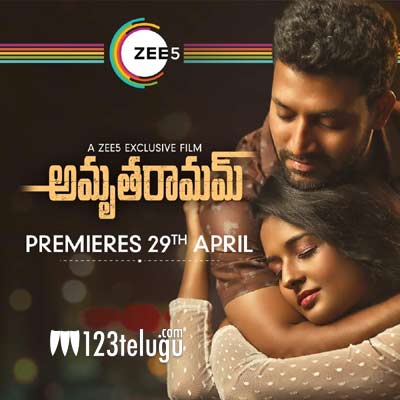 The ongoing nationwide lockdown due to the Coronavirus outbreak has disrupted the release plans of several low, medium and high budget movies across the country. Tollywood is no different and all the films have been lying in the cans for more than a month now. And the uncertainty about when the movie theaters will reopen is not helping the matters either.

Amrutharamam will have its digital premiere on the Zee5 app on April 29. The film features young actors Ram Mittakanti and Amitha Ranganath in lead roles. This movie has been produced under banner and Cinemawala banners. Surender Kontaddi is the director of Amrutharamam.