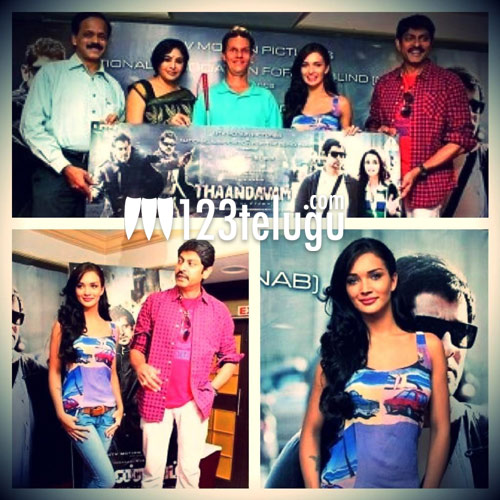 Amy Jackson has pledged her support for a noble cause, as a part of the publicity campaign of her upcoming film Shiva Thandavam. She’s playing one of the lead roles in the film which also has Vikram, Jagapathi Babu, Anushka and Lakshmi Rai in lead roles. AL Vijay has directed this film and C Kalyan is producing the film. One of the roles which Vikram is playing in the film is inspired from an American citizen named Daniel Kish, a visually challenged person. He’s an expert in echolocation, which is the art of sensing objects through sounds. Daniel Kish is in Chennai these days to talk about his work and also his experience of working with Vikram. As a part of this publicity campaign, Amy Jackson, Jagapathi Babu pledged their support to National Association for Blind to raise funds and awareness. The film is all set to hit the screens on September 28.