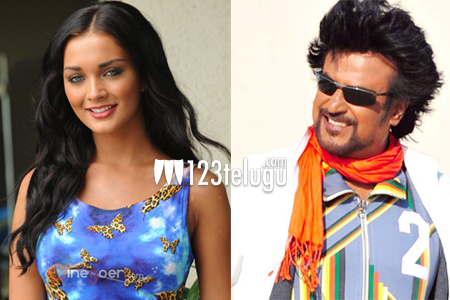 Any hero who works with Amy Jackson will tell you what a nice person she is . Superstar Rajinikanth is no different and this British beauty has won the heart of the charismatic actor.

Apparently, Rajini was floored by Amy’s work ethic and talent. Rajinikanth and Amy are currently working together for ‘Robo 2.0’ and shooting is going on in and around Delhi. Akshay Kumar is playing the negative role.

Rajinikanth has worked with Aishwarya Rai for Robo and he has reportedly compared Amy to her. Shankar is handing the direction and the film is expected to hit the screens in 2017.

Rahman is composing the music for this science fiction thriller.