An interesting glimpse of Vishnu Vishal’s Matti Kusthi is out now
Published on Jul 17, 2022 8:02 pm IST 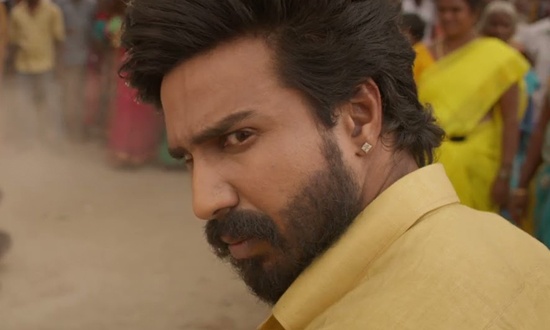 Vishnu Vishal will be soon seen in Matti Kusthi which is directed by Chella Ayyavu. Mass Maharaja Ravi Teja who shares a special bond with the actor is producing the movie with Vishnu Vishal under RT Teamworks and Vishnu Vishal Studioz banners. It’s Vishnu Vishal’s birthday today and on the special occasion, makers have come up with a glimpse.

As the title itself suggests, Vishnu Vishal is a wrestler in the movie and the glimpse introduces his character. The actor is seen riding a bike and bashing baddies. Then, he is seen gearing up to take on his opponents in a wrestling ring, in the latter part.

The glimpse is a perfect one on Vishnu Vishal’s birthday. The Raatsasan actor looks apt in the role. Matti Kusthi is a sports family drama. Aishwarya Lekshmi is playing the female lead. The film has music by Justin Prabhakaran, while Richard M Nathan cranks the camera.