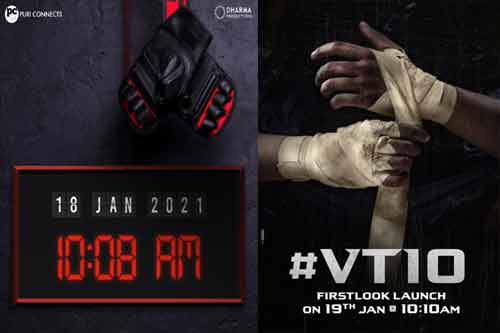 Fans of young Tollywood stars Vijay Deverakonda and Varun Tej will be witnessing an unusual fight between both the actors in the next couple of days. The first look posters of Vijay’s 10th film and Varun’s 10th film are all set to be unveiled on the 18th and 19th January respectively.

Interestingly, both VD10 and VT10 are touted as intense sports dramas based on boxing. Both the young heroes underwent special training in boxing and mixed martial arts before they kick-started the shoot. While Vijay’s film is being made by Puri Jagannadh and Karan Johar on a pan-India level, Varun’s film is being directed by debutant Kiran Korrapati and produced jointly by Allu Venkatesh and Sidhu Mudda.