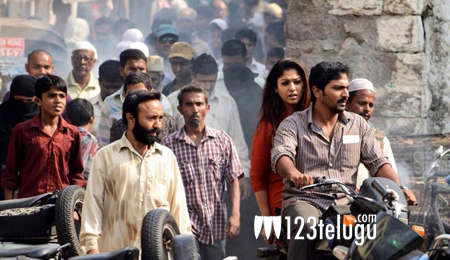 Nayanthara starrer Anamika is fast nearing completion. Directed by Sekhar Kammula, the film is the remake of Vidya Balan starrer Kahaani and it has Nayanthara in a lead role while Vaibhav Reddy and Harshvardhan Rane are playing important roles. The last leg of shooting has commenced in Hyderabad and the entire film is expected to be wrapped up shortly.

The film is being simultaneously shot in Telugu and Tamil. The film is set in Hyderabad and it narrates the story of a married woman who comes to the city in search of her husband. Endemol India banner is producing this film and M M Keeravani has scored the music. The audio is likely to be launched in December and the film will hit the screens shortly. This is the first time Sekhar Kammula has directed a thriller, a genre which is completely new to him.