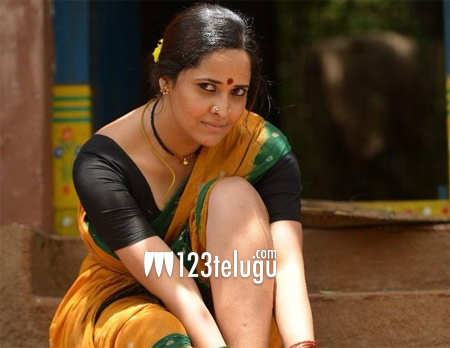 Anasuya is one actress who is always in news. Be it her dressing style on TV or her strong statements on Twitter, she is all over the place. So many eyebrows were raised when she was signed in to play a key role in Ram Charan’s Rangasthalam.

Many were of the opinion that what a pretty face like Anasuya is doing in a village drama. But to everyone’s shock, Anasuya has surprised everyone with her stunning performance as Rangamatta.

If there is one role which is being lauded all over after Chitti Babu, it is none other than Anasuya’s. The way she carried the role of Rangammata and evolved as an actress through the film has stunned many in the industry.

This film’s success should give Anasuya a new lease of life as an actress. Beauty with brains is a deadly combination but Anasuya tops it up with an amazing acting capability which will take her a long way in her career.