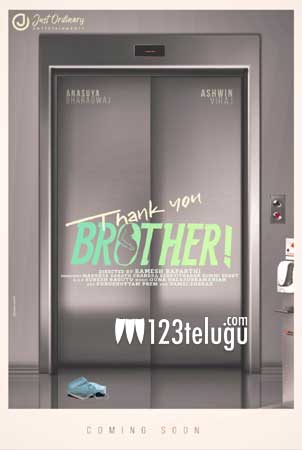 Popular anchor Anasuya is gearing up to act in a new film. Titled Thank You Brother, the film’s first look poster was unveiled by Rana Daggubati this afternoon.

Co-starring Ashwin Viraj, Thank You Brother, is said to be a concept-oriented film. A debutant named Ramesh Raparthi will be directing the film which has a unique theme that was showcased in the poster with a mask and a lift.