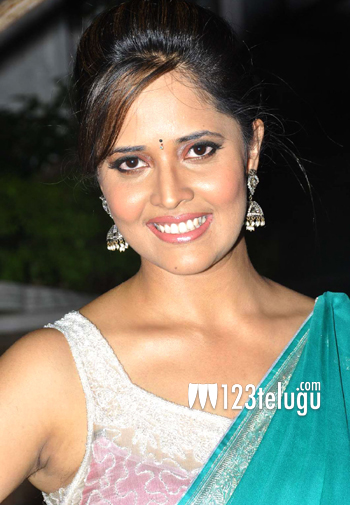 Popular TV anchor Anasuya, rose to fame with the successful comedy show ‘Jabardasth’. Currently, she is one of the most sought after anchors in Telugu TV circuit. This gorgeous lady was even offered several films which she politely refused. Finally, Anasuya will be debuting on Telugu screen with a thriller. According to the latest update, this flick has now been titled Khsanam.

Directed by debutante Ravikanth Perepu, this film has Adivi Sesh cast opposite Anasuya who is currently going through an intense workshop to get into her character. Regular shooting of this film will start in March. Keep watching this space for more updates.