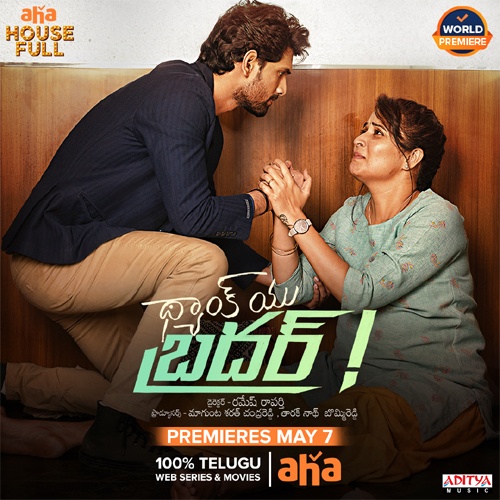 Starring Anasuya in an important role, ‘Thank You Brother’ was initially slated for theatrical release. But given the current situation pertaining to Covid second wave, the makers have opted to release the film directly on OTT.

Aha has acquired the direct-to-digital rights of Thank You Brother and the film will be made available for streaming on the platform.

As per latest announcement from Aha, Thank You Brother will be premiering on 7th May.

Thank You Brother is touted to be an experimental film and it revolves around the story of a pregnant lady and a young man who are stuck in an elevator. The film is directed by Ramesh Raparthi and it stars Anasuya and Viraj Ashwin. It is the first Telugu film to go the OTT way since the onset of Covid second wave.