Anasuya’s look from her Malayalam debut is impressive
Published on Dec 29, 2021 1:00 pm IST 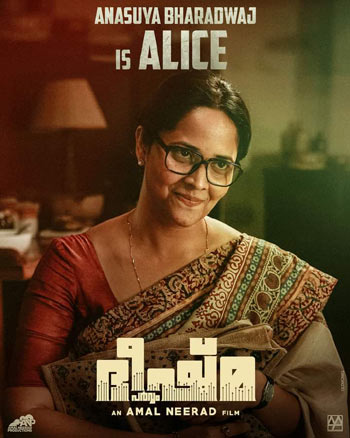 Anasuya Bharadwaj, who got fame as an anchor, is now also entertaining audiences by doing versatile roles in movies.

Now, Anasuya is going places. She has released her character poster from the movie, Bheesma Parvam, which is her debut Malayalam film.

Playing Alice, a middle-aged woman, in the film featuring Super Star Mammootty, the actress mesmerised everyone with her unglamorous look.

Directed by Amal Neerad, the shooting of the movie is currently underway. The movie is scheduled to open in theaters on February 24, 2022.