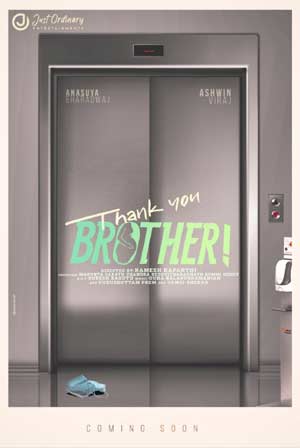 After a series of social roles, TV anchor turned actress Anasuya is back to playing lead roles. She recently signed a new content-oriented female-centric film in which she plays the main lead.

Anasuya’s new film has been titled Thank You Brother. The film’s first look poster has been released by Rana. The film also features young hero Viraj Ashwin. Going by the first look, the film seems to be set in the backdrop of the Coronavirus pandemic.

Debutant Ramesh Raparthy has directed Thank You Brother and Magunta Sarath Chandra Reddy and Taraknath Bommi Reddy have jointly bankrolled it. Anish Kuruvilla, Monica and Adarsh Balakrishnan play key roles in the movie. More details will be out soon.