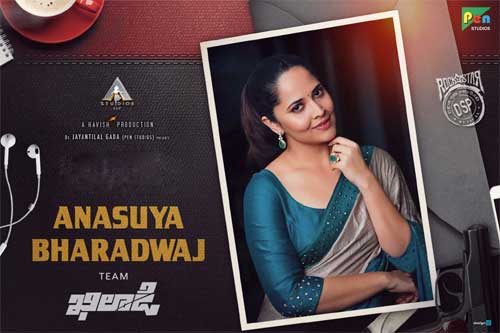 It is a known fact that happening anchor, Anasuya is doing a film called Khiladi that has Ravi Teja in a lead role. The film’s shoot is halfway through and the news is that the action drama is coming out quite well.

Anasuya has joined the shoot a few days back and sources from the unit say that she has a very good role which will bring a huge impact on the film’s proceedings.

Some even say that Anasuya will be seen in a negative role in the film. Ramesh Varma directs this film that has many noted faces doing key roles.