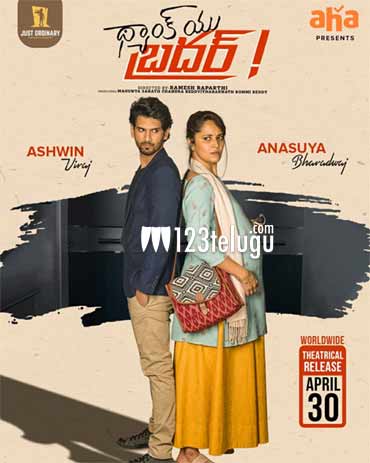 Star anchor, Anasuya is quite choosy about her work and when she picks up a film, it surely means that there is something special in it. So, the latest film which she is doing is Thank You Brother, which is a thriller.

The film is done with its shoot and the update is that it will be out on the 30th of this month. Anasuya plays a pregnant lady who gets stuck in a lift along with the main lead played by Ashwin Viraj.

Directed by Ramesh Raparthi this film is being produced by Magunta Sarath Chandra Reddy and Tharaknath Bommireddy. The makers will start promotions soon.