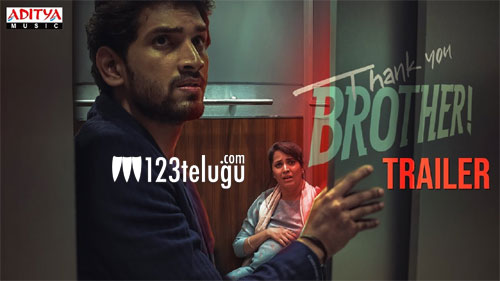 Star anchor, Anasuya is quite choosy about her work and when she picks up a film, it surely means that there is something special in it. So, the latest film which she is doing is Thank You Brother, which is a thriller.

The trailer of the film is out and looks quite interesting. Anasuya plays a pregnant lady and she is seen stuck in a lift along with the main lead played by Ashwin Viraj. The visuals of the film are quite good and showcase the concrete jungle of Hyderabad’s skyscrapers in a new way.

Anasuya looks perfect as a pregnant lady and the little we see of her promises that her performance is going to be a major highlight. Hero Viraj also looks cool and suits his arrogant young guy’s role well.

Directed by Ramesh Raparthi this film is being produced by Magunta Sarath Chandra Reddy and Tharaknath Bommireddy. For now, the trailer looks quite interesting.