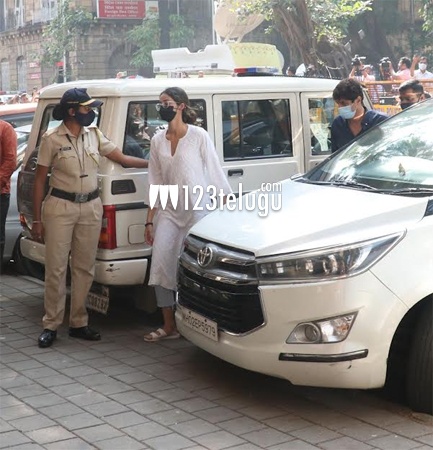 Ananya Pandey has been involved in the drug case that has rocked Bollywood in a big way. On Friday, she was grilled by the ED officials, and her mobile was also seized.

Now, the latest update is that she was called again today and was grilled for over three hours. The cops found some suspicious transactions in her accounts and that is why she was called.

Anaya was questioned in connection with Aryan Khan’s what’s app chats which gave evidence that something suspicious was happening between the two related to drugs. Aryan Khan is in jail and has been denied bail thrice already.