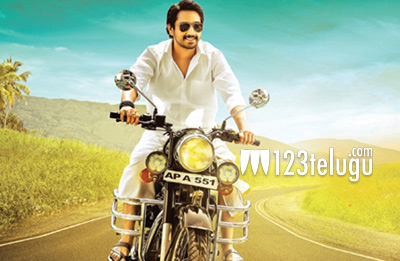 The much-awaited romantic comedy, Andhagadu has finally completed its censor formalities with an U/A certificate. With this, the film is ready for release this 2nd of June. Raj Tharun plays the main lead in this film which also has his lucky mascot Hebah Patel as the female lead.

Writer Veligonda Srinivas turns director with this film in which Raj Tharun plays a blind man. Already, the songs and trailers have created a good buzz for the film which will open in some good number of theatres.

Raj Tharun’s last film, Kittu Unnadu Jagartha was a decent hit and the young hero is looking forward to continuing his winning streak at the box office. AK Entertainments produces this film.