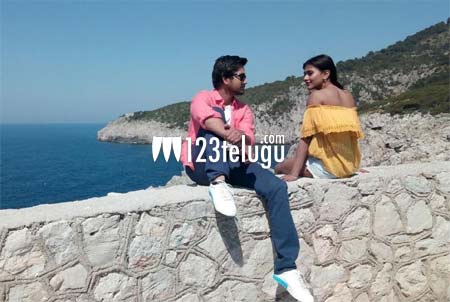 We have recently reported that the unit of young hero Raj Tarun’s Andhagadu is shooting a couple of songs in several picturesque locales in Italy. The unit will wrap up the entire shooting by tomorrow and return to Hyderabad.

With this, the entire shooting will be wrapped up except for a minor patchwork schedule if needed. Andhagadu has Raj Tarun playing the role of a visually challenged​ man. The film has a touching message sugar-coated with the story.

Hebah Patel is the film’s heroine and writer Veligonda Srinivas is making his directorial debut with this romantic entertainer. Anil Sunkara is producing the movie.