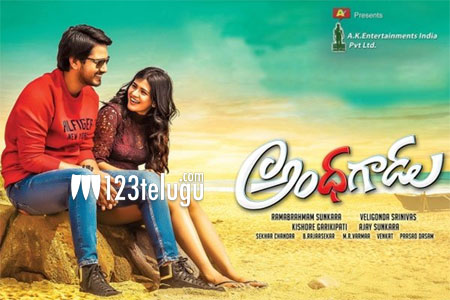 As expected, Raj Tharun’s Andhagadu opened to some decent reviews all over. The film was carrying a good buzz right from the time the teasers were out. With Raj Tharun having some good popularity, the film opened quite well in both single screens and multiplexes today.

With some positive talk already coming out from the premiere shows, the makers have decided to promote the film even better in the coming days. The film also has the hit combination of Hebah and Raj Tharun which also proved to be quite lucky for the makers.

Raj Tharun’s performance, in particular, is being appreciated all over. Veligonda Srinivas directs this film which is produced by AK Entertainments.