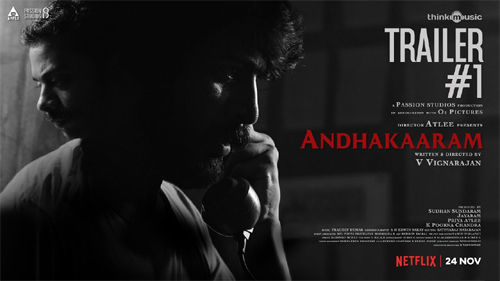 Atlee is a top director in Tamil and he makes some very interesting films. For the first time, he has turned presenter and is out with a film called Andhakaaram.

The trailer of the film is out and showcases the life of a blind man and how he chooses a job that leads him into all sorts of issues. The dark theme and BGM nicely elevate the proceedings.

The film is a supernatural thriller and is being directed by Vignarajan. The rustic storyline and crime angle also is neat and rises the curiosity for the film right away. Pooja Rama Chandran of Bigg boss fame plays one of the leads.