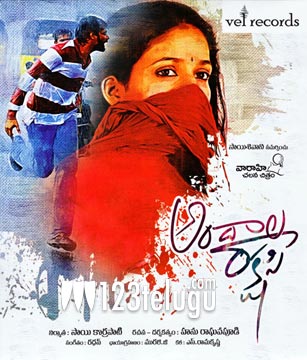 ‘Andhala Rakshasi’ has been making a good buzz among A center Telugu movie lovers with its unique look and feel. The movie has completed its censor formalities and it has been awarded a U/A Certificate. Hanu Raghavapudi is the director of the movie and this is his debut film.

Dil Raju has bought the rights for the film in AP from producer Sai Korrapati, the producer of Eega. Naveen Chandra, Rahul Ravindran and Lavanya will be seen in the lead roles. Radhan has composed the music. This triangular love story is set in the 90’s and the film is going to release in the second week of August