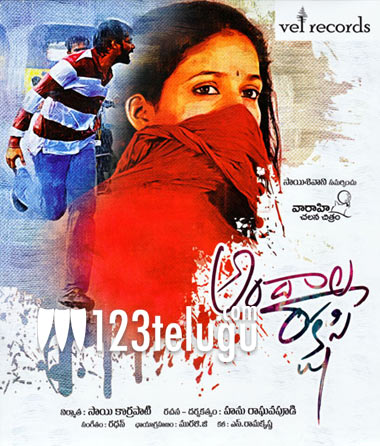 Ever since the audio of Andhala Rakshasi was launched, a lot of people in the industry have been closely following the progress of the film. Despite featuring several newcomers, this has become one of the talked about films of the season, thanks to the music and positive buzz in the industry. The post production formalities of Andhala Rakshasi starring Naveen, Rahul and Lavanya is going on at full speed. Hanu Raghavapudi is making his debut as a director and this is also the debut film in Telugu for all the lead actors in the film. Sai Korrapati is producing the film on Vaarahi Chalanachitram banner and recently S S Rajamouli stepped in as the co-producer of the film. Talking about the film’s progress, Hanu said that the final DTS mixing of the film’s first half has been completed. The film has already been censored and it has been given a U/A certificate. Dil Raju has snapped the distribution rights of the film for the entire state and it’s going to hit the screens on August 10. Radhan has composed the music for this triangular love story.