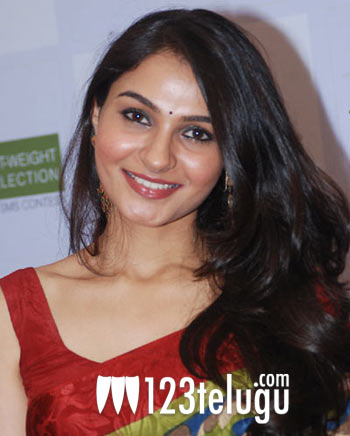 Andrea Jeremiah is reportedly in talks to play one of the lead roles in the Telugu version of Vettai. Naga Chaitanya and Sunil are playing the lead roles in this action entertainer. The duo will be seen as brothers and Naga Chaitanya is reprising Aarya’s role. Hansika has already signed up to play one of the lead roles and now Andrea Jeremiah is in talks for the other important role. Andrea was last seen in Yugaaniki Okkadu and she’ll soon be seen in Kamal Haasan’s Vishwaroopam. If she indeed signs the film, it’ll be her debut in Telugu cinema. Kishore Kumar is directing this remake and Bellamkonda Suresh is going to produce it. More details will be revealed soon.