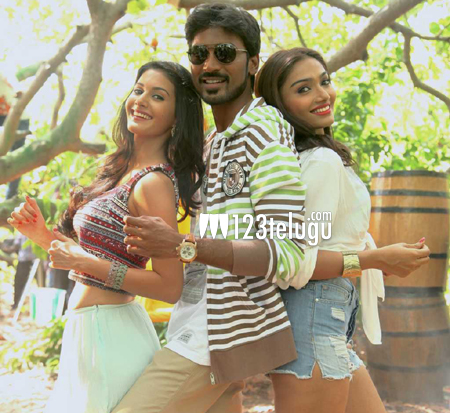 Tamil super star Dhanush, seems to be making the most of his success after his latest hit Raghuvaran BTech. To cash in on his recent craze in Telugu, yet another dubbed film of his, Anegan will be released in Telugu with the title Anekudu.

According to the latest update, audio of this film will be launched on February 10th in Hyderabad. Amyra Dastur is paired opposite Dhanush in this romantic entertainer, which is directed by K V Anand. Keep watching this space for more updates on this project.