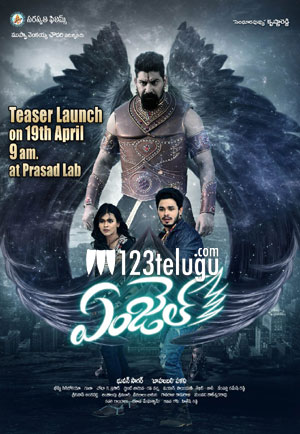 It is a known fact that Hebah Patel and child actor turned hero Naga Anvesh are doing an intereating film titled Angel. The latest update reveals that the teaser of this film will be revealed tomorrow morning.

The post production formalities of this film have already started and the makers are planning to release the film in May. Angel is a romantic entertainer with a socio-fantasy element. Kabir Singh Duhan plays the main villain in this film.