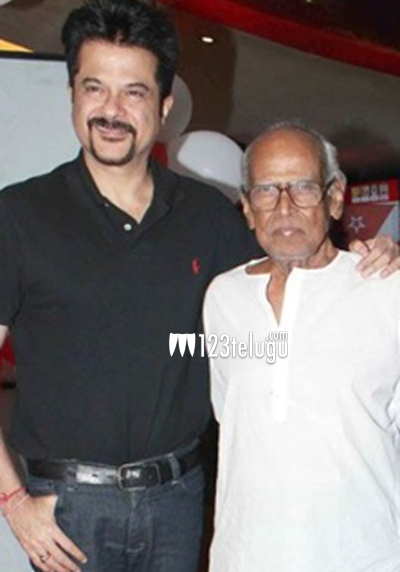 The huge void that the legendary director Bapu has left will never be fulfilled and one of the many actors who had the chance of working under this legend is Anil Kapoor. Interestingly, many of us are not aware that Anil’s debut in Hindi and Telugu films was under the direction of Bapu garu.

As expected, Anil was deeply saddened with the death of Bapu and he said “Bapusaab was my mentor, guru, guide and philosopher. I learnt so much from him about cinema and life.” Incidentally, Anil Kapoor’s elder brother Boney also made his debut as a producer with Bapu’s film ‘Hum Paanch’.