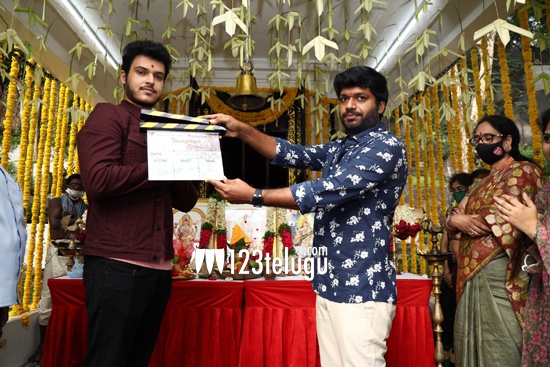 ‘Seeta Manohara Sri Raghava‘ is a film starring yesteryear actor Haranath’s grand nephew Virat Raj in the lead. It was today launched formally with a pooja ceremony at Ramanaidu Studios in Hyderabad.

Director Anil Ravipudi gave the first clap, while the camera was switched on by veteran producer A M Rathnam. AM Rathnam, Suresh Babu, and other guests wished the team members all success in their new endeavor.

The film directed by Durga Srivastasa K is produced by Sudhakar T on the Vandana Movies banner. It is tipped to be a lively youthful entertainer.