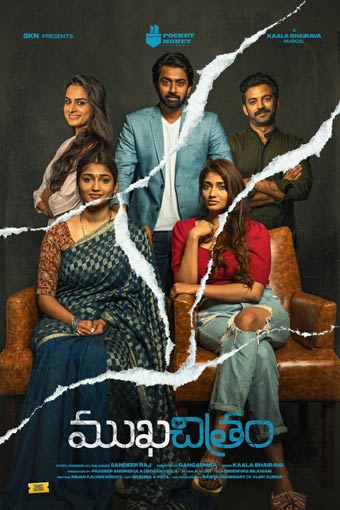 Young writer and director, Sandeep Raj, who scored a big hit with Colour Photo, has now come up with another movie titled, Mukhachitram, but as a story writer.

Director Anil Ravipudi has revealed the title and first look of the movie directed by Gangadhar. The poster looks intriguing. Surprisingly, the shoot of the movie was completed in silence.

Presented by Taxiwala producer SKN, the movie is bankrolled by Pocket Money Pictures. Young music director, Kaala Bhairava is roped in to compose music for Mukhachitram, which will release soon in theaters.