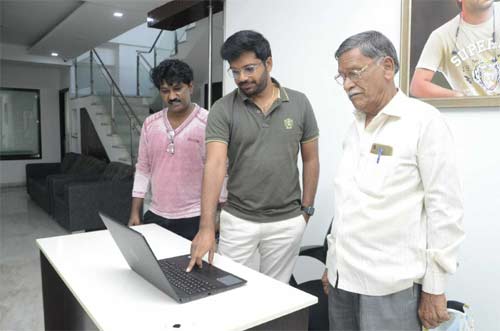 Actor Rohit, popular for films like ‘6 Teens’, ‘Janaki Weds Sriram’ and ‘Sontham’, is all set for a comeback. He is making his re-entry with suspense thriller titled ‘Kalakaar’. The film’s motion poster has been launched by director Anil Ravipudi, who appreciated the motion poster and wished the entire team.

Hero Rohit thanked Anil Ravipudi for his wishes, and hoped that his comeback film will be appreciated by everyone. The motion poster is stylish and creative and showcases Rohit as a powerful police officer named Mahendra Varma. He looks fit and fab in his comeback role.

Sreenu Bandela is directing the film, while Venkata Reddy Jajapuram is producing it under AG & AG Entertainments banner. The film’s release date will be announced soon.