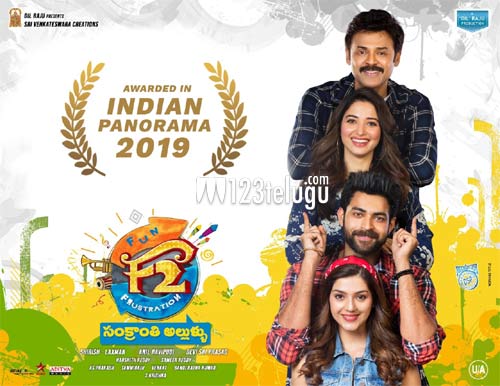 F2 is a film that was a blockbuster hit at the box office and put Anil Ravipudi on top position in TFI. The film was produced by Dil Raju and had Venkatesh and Varun Tej in lead roles.

The latest update is that the film has been added in the Indian Panorama for the year 2019. This is a prestigious award for the film and has happened only because of the clean entertainment that was showcased by Anil Ravipudi.

A very happy Anil thanked the stars, audience and posted “#F2 #FunAndFrustration: A journey from box-office blockbuster to national recognition. As of now, Anil is busy with his latest film F3 which is the sequel to F2. Let’s wait and see how this film turns out to be.