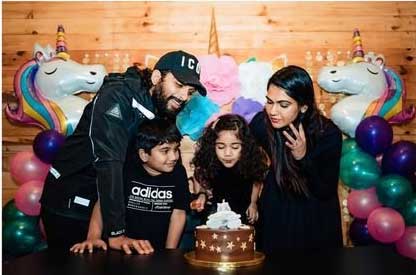 On the occasion of her 4th birthday, Allu Arha’s parents Allu Arjun and Sneha have planned a special surprise for all the fans. Arha reprised baby Shamlee in the cover version of the superhit Anjali Anjali song from Mani Ratnam’s yesteryear film, Anjali.

And the little Allu munchkin has floored everyone with her cuteness. She perfectly aced Baby Shamlee’s cute expressions. Arha’s brother Ayaan, both her grandfathers and even father Allu Arjun have made special appearances in the video. The song has been choreographed by Ganesh Swamy. Released this morning, the video has already clocked nearly half-a-million views on YouTube.