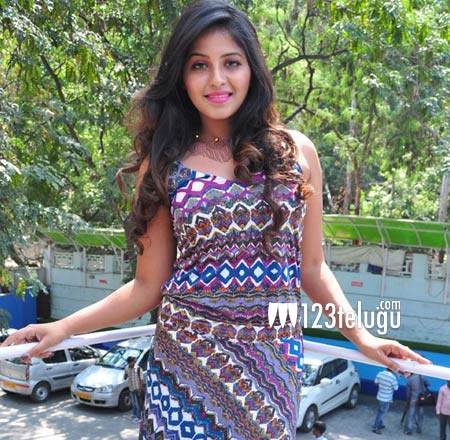 It is a known fact that talented actress Anjali, who created a niche for herself will be soon seen in yet another horror comedy Chitrangada. Reports reveal that Anjail is very confident about the film’s success and is also very happy with the way the movie has shaped up.

She will be sporting a different look in the film and has also lost some weight for her character.The movie is nearing completion and the post-production works are going on at a good swing.

This film is directed by Pilla Jamindar fame Ashok and Gangapatnam Sridhar is the producer. Interestingly, the father-son duo, Selva Ganesh and Sela Swaminathan, has composed the music for the film. Chitrangada is scheduled for a December release.