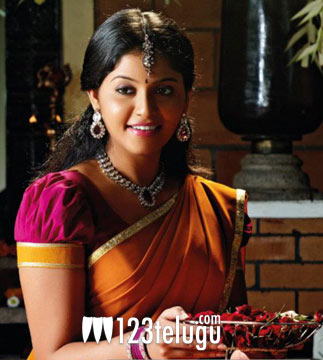 Actress Anjali made a strong impact on Telugu viewers with the movie ‘Journey’. She won herself admirers for her gutsy and spirited performance in that movie. After a considerable gap, she made an appearance in the prestigious multi-starrer ‘Seethamma Vakitlo Sirimalle chettu’ as Seetha and her performance has come in for praise from viewers and film industry people alike.

Venkatesh and Mahesh Babu were seen as brothers in the movie and Anjali played the role of Venkatesh’s maradalu. Srikanth Addala directed this movie and Dil Raju is the producer. Mickey J Meyer composed the music.