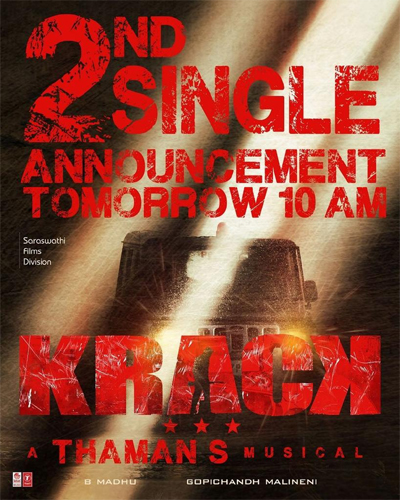 After the ultra mass dance number, Bhoom Baddhal, the makers of Ravi Teja and Shruti Haasan’s Krack are gearing up to launch the film’s second single composed by Thaman. The team will be making a formal announcement regarding the second song tomorrow morning at 10 am.

Krack is an intense action entertainer. Ravi Teja will be seen in the role of a powerful cop in the movie, which is touted to be based on the real incidents that occurred in Andhra Pradesh several years ago. Gopichand Malineni is directing this Tagore Madhu production. The film is slated to release during the Sankranthi festive season.