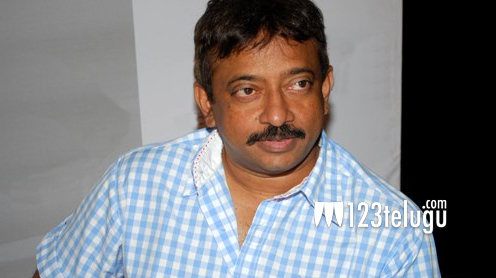 It goes without saying that RGV is more of a brand now, irrespective of the success ratio of his films at the box-office. It’s been a long time since he has delivered a film which is worthy of his legacy in Telugu, but he manages to stay in the limelight for one reason or another.

Recently, a film titled ‘A Shyam Gopal Varma film’ was launched in Hyderabad and going by the title, it certainly seems to be a satire on RGV. However, Rakesh Srinivas, who’s going to direct the film, has denied these rumours and said that his film is about a film director who makes violent films and it is about what he gained and lost in his life.

The film even has a caption ‘Naa Cinema Naa Ishtam’. Incidentally, RGV had penned a book titled ‘Naa Ishtam’ couple of years ago. Shafi and Joya Khan are going to play lead roles in this film. We’ll have to wait for a while to figure out if this film is indeed a satire on RGV or not.