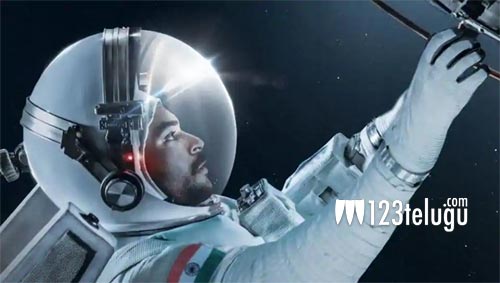 The wait is finally over as the much-awaited teaser of Varun Tej’s Antariksham is out in the open. The first impression that hits you right away is the stunning visuals which are new for Tollywood.

The film is set in space and with a limited budget, director Sankalp Reddy has managed to create awesome visuals in the teaser. The entire spaceship set up, choice of artists and the manner in which an unknown thrill is generated looks very good.

This is the first time that such a space thriller is being attempted in Tollywood and credit should go to director Sankalp for thinking out of the box and also to Varun who has kept reinventing himself with every film.

For now, the teaser has generated a right buzz with top-notch VFX and background score which elevates the teaser to another level. The film has set for a 21st December release and the arresting teaser has only doubled the hype.