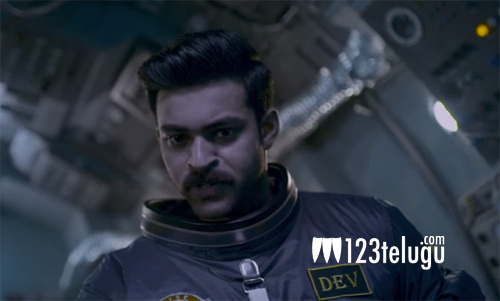 The makers of Varun Tej, Lavanya Tripathi and Aditi Rao Hydari’s soon-to-release space thriller, Antariksham, unveiled the films much-awaited theatrical trailer this morning. The trailer had some nail-biting moments as Dev (Varun Tej), an astronaut with Indian Space Centre, leads his team on a deadly mission in the space.

Sankalp Reddy, the talented director who had made the path-breaking underwater war drama ‘Ghazi’, has directed Antariksham, and he seems to be coming up with yet another promising thriller. The visuals, VFX for the spaceship and the space look top-notch and so is the riveting background score by Prasanth Vihari.

Lavanya Tripathi, Aditi Rao Hydari, Satyadev, Srinivas Avasarala and Rahman play important roles in the film. Krish and Rajiv Reddy are the producers of Antariksham. The film is hitting theaters worldwide on December 21.