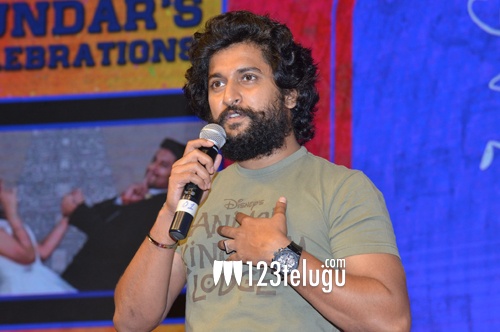 Nani’s latest film, Ante Sundaraniki has opened to some good word of mouth in all the areas of its release. The film has been directed by Vivek Athreya and had Nazariya as the heroine.

The team celebrated the success today and Nani spoke his heart out at the event. The star hero says that a film like Ante Sundaraniki should not be calculated by the box office numbers.

“We are to celebrate the number of hearts our film won and not the money collected,” said Nani. He also added that Ante Sundaraniki is one of the best films of his career and rare gems like these should be encouraged.