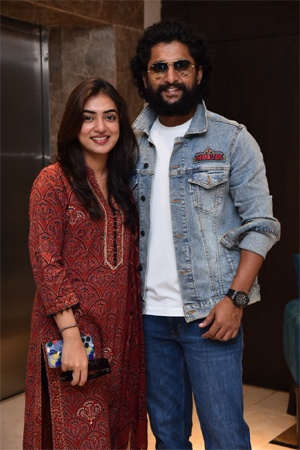 Nani is ready with his new film Ante Sundaraniki which will release on the 10th of this month. The teaser was released yesterday and won decent appreciation from the public.

Now, the makers have speeded up the promotions of the film and both Nani and Nazaria Fahadh are in Chennai promoting the film there for its Tamil version.

Ante Sundaraniki is a family comedy and is about a couple who belong to different religions. Vivek Athreya has directed this film which has been produced by Mythri Movie Makers.